Have to doDiscover
The landscapes
This is the meeting of sea and land, the meeting of Artois and Flanders ... It's here in the delta of the Aa that was built the story of "The  watergangs country "!

From land to sea, it is a rapid succession of landscapes ...

The beaches : With the spray of the sea and the natural protected areas.

The  watergangs country : you will be surprised by the strength of character of a flat landscape shaped by water and man ... Water control, mirror of the sky in the channels, or running water of the Hem, source of energy ... are the very soul of the watergangs country .

The Bredenarde :  an intimate atmosphere of small roads bordered by hedges.

A land of history also marked by its cultural traditions:

The chicory country : A land of cultures where stand the chicory factories, cathedrals of the plain. A land of history : The Hundred Years War, the Revolution of 1789, the Atlantic Wall ... the territory bears the remains of the great pages of the history of France and coastal Pas-de-Calais ...

His present is written today steps from Calais, on the Opal Coast .
FaLang translation system by Faboba 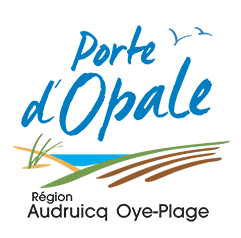